Many purchases are being made in the Spanish housing market, which more and more Danes are discovering. One of them is the super-investor Peter Møller Lassen. Find out why investing part of your fortune in Spanish bricks is exciting and what you need to be aware of when buying a property. 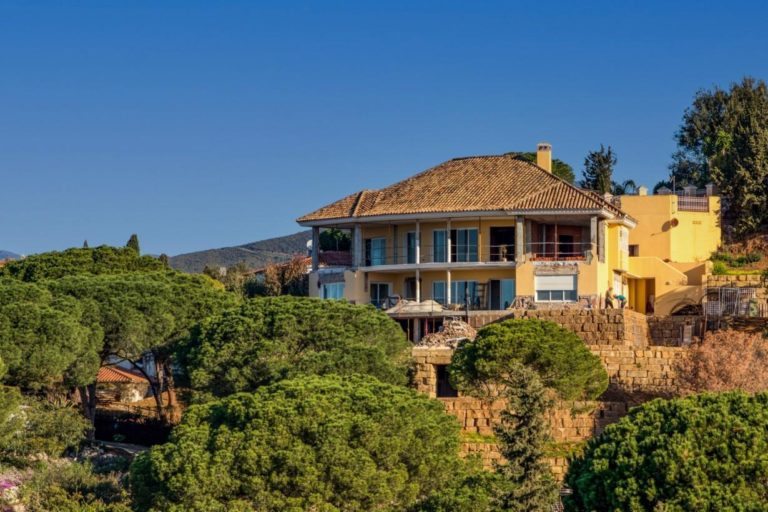 A while ago, the Danish property prices increased to a higher level than before the financial crisis in 2008, but in Spain, the prices are still lower than before the crisis.

This is one of the reasons that Peter Møller Lassen, who has been working in the investment industry, is looking into the Costa del Sol. He sees an immense investment potential for Spanish holiday homes.

“About a year ago, my business partner Morten Krogh and I started looking into statistics about property prices. We discovered that Spain had lagged significantly behind. In contrast, Danish property prices had increased,” Peter Møller Lassen says, 54 years old and previous director in the Danish investment company Sparinvest until 2017.

He later became the co-owner and director of Innosurge, which sells surgical equipment. At the same time, Peter Møller Lassen began investing in Danish rental properties. And now he is directing his attention towards the Spanish holiday homes.

“We went on a trip to Spain and liked it. Everything was incredible, and we saw a good business idea. Our thesis is that we would prefer to go to Spain because the opportunity of making money is better compared to making further acquisitions in Denmark,” Peter Møller Lassen reveals.

A good place to be
During the corona crisis, for example, the prices of Danish holiday homes increased enormously, he points out.

“We have not seen that in Spain yet, even though it is going the right way. The interest is there. However, the interested buyers are still mostly British, German and Swedish. We believe that it is a good place to be – both as an investor and as a private person,” Peter Møller Lassen declares. And he is already buying properties on Costa del Sol. 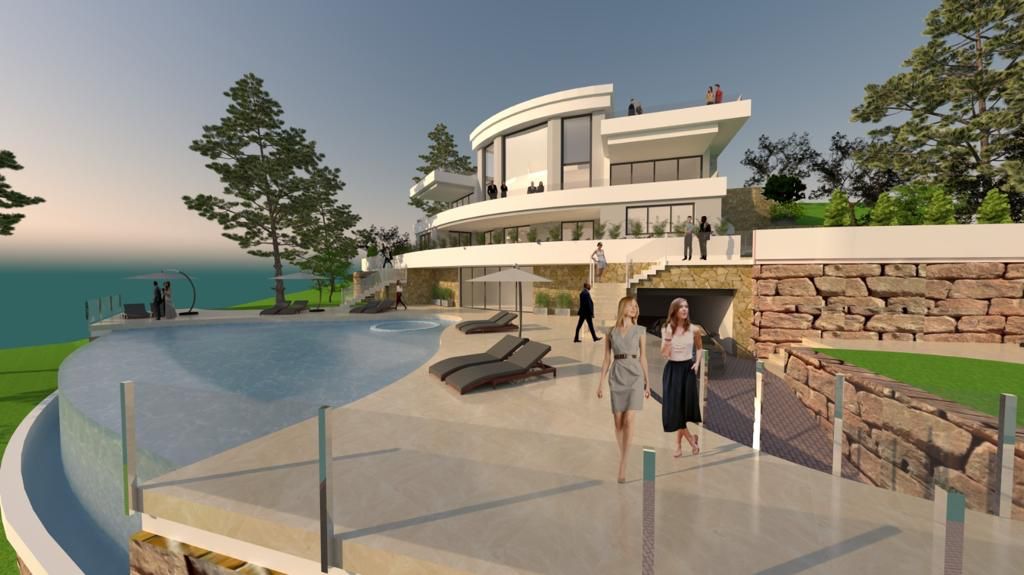 “Our first project is a property of 700-800 square metres in Marbella. There is only the outer wall left. We have been doing renovation work for half a year, and we expect the house will be finished after the summer holidays. We would like to sell it to some wealthy people or as a sharing concept,” Peter Møller Lassen explains.

Besides this luxury villa, the business partners have also bought into another renovation project on ‘The golden mile’ in Marbella. They have invested in a couple of apartments, which will be renovated for resale. Peter Møller Lassen has also bought an apartment, while Morten Krogh has purchased a house.

“We would like things to go a little faster in Spain, where Denmark is the long haul,” he admits and explains that they do not invest in Danish rental properties to profit from the resale but to get a return on their capital.

The right addresses
Things are different in Spain. Here, the business partners are going for renovation projects with the right addresses. It costs the same to completely renovate a house in Marbella as in other areas of Spain, where it is less expensive. And it is at the good addresses where you earn the most on your investment.

How good an investment it is, depends on how skilful (and lucky) the investor is, states Peter Møller Lassen.

“For the first project we bought, we had everything ready with a drawing, so we could start building almost the day after. And that can give quite a lot of profit in relation to what we disburse ourselves,” he states.

They finance it via a bank overdraft in Denmark. Of course, it requires that your bank believes in you, emphasises Peter Møller Lassen. In addition, the Danish bank Nykredit has a branch in Spain if you need a mortgage, he says. But the two business partners do not use it, however.

“We have had our project (and drawing) assessed by external parties, and they evaluate that it is an excellent investment,” Peter Møller Lassen says and adds that based on the first price indications, they could earn around 60 per cent in relation to their total investment.

He does not want to disclose the amount, but he stresses that “if it is a large investment, it is pretty good”. And numbers of double-digit millions are not uncommon for holiday homes on Costa del Sol.

To find the right renovation projects, the two business partners have found an alley in the Danish real estate company Mojo Estates, based in Málaga.

“We would never have done this without having some people in place to keep an eye on the construction project to ensure that it is going the right way. You must have partners on the location,” Peter Møller Larsen underlines.

40 per cent behind
Per Mønsted, who co-founded Mojo Estates in 2018 with Jacob Johansen, says they sell all types of properties – even hotels.

“We are both commercial brokers, private brokers and investor brokers. And we also have a concept with shared housing. We have everything that has to do with bricks. The Danes buy 400-500 Spanish properties a year, and we have perhaps 25 per cent of the market,” he reveals.

Per Mønsted also points out what Peter Møller Lassen had discovered: The Spanish real estate market has been acting very differently compared to northern Europe in the wake of the financial crisis, where housing prices fell worldwide. 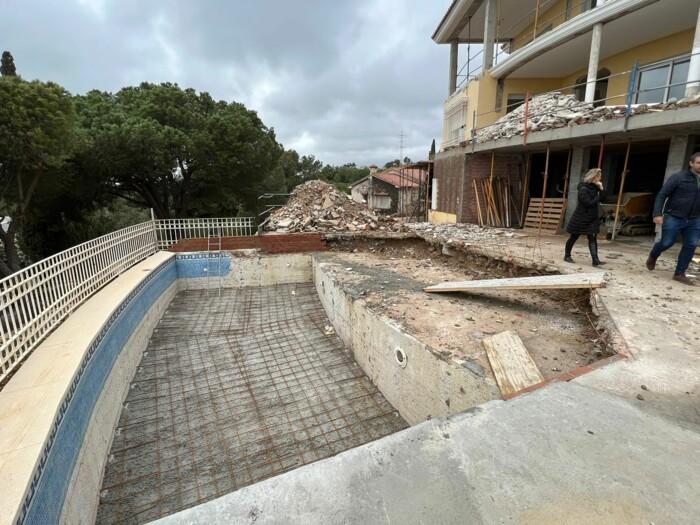 “Subsequently, most of the markets adjusted, but not in Spain, where the housing prices continued to decline. It was not until 2016-2017 that there again was activity on the Spanish market,” explains Per Mønsted.

In addition, the prices in Denmark have increased enormously during the corona crisis, which according to Per Mønsted means that the price level in Spain is around 40 per cent behind Denmark.

“All those people who sold their holiday homes and knew that it is raining in Denmark are now sitting on Costa del Sol, where they can see the property market lagging behind the level from before the financial crisis. They ask: Per, are you telling me that I can buy this villa in the mountains for six million Danish kroner? It is the same price as 80 square metres on Islands Brygge in Copenhagen,” says the broker, who experienced the explosive increase in the Spanish properties in the summer of 2021.

“We had to hire three more Danish brokers, so now we are eight down here in total,” he says.

The pyjama flights
It is no longer only the ‘grey gold’ who seeks the warmer weather on Costa del Sol.

“The buyers are now usually plus 40 years old. They used to be plus 60 years old. Today, many working people – including families with children – can work from Spain from time to time. These people want more than to be on the hamster wheel. For them, the sunny Spanish coast represents the quality of life and a lifestyle that many desire,” Per Mønsted says.

He also highlights that it has become easier and cheaper to fly to Málaga, as the airlines have departures almost all the time.

“The working people really like the ‘pyjama flights’, which we call the early flights on Monday morning,” explains the broker.

Even though you get more value for the money on Costa del Sol now than before the financial crisis, it is not as cheap as it has been.

The bad news for potential buyers is that it is expensive in trading costs to buy a property in Spain because the state takes seven per cent of the purchase price as a special tax, he points out.

“That is why it is super important to find the right property the first time. The good news is that it is cheap to own a home in Spain. The property tax is extremely low, whereas it is sky-high in Denmark. You probably pay around 5,000 Danish kroner a year for a villa in Denmark,” he says. 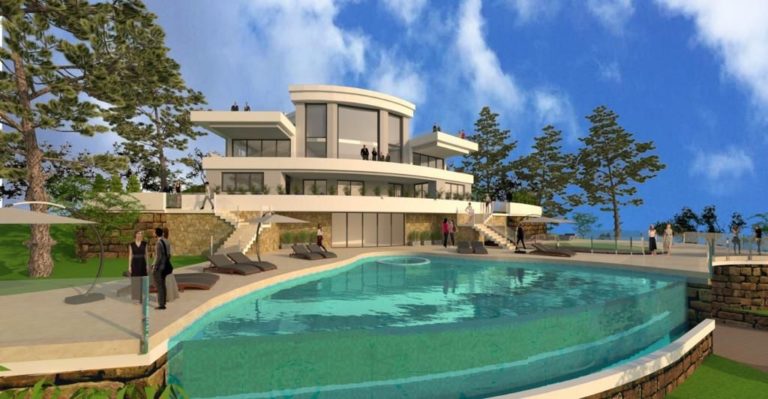 According to Per Mønsted it is “very likely” that the Spanish property prices will increase.

“We can already see the increase for luxury villas over four million euros. However, the normal villas have not yet increased. The square metre price is still 20,000 Danish kroner. But it will probably happen within the next few years,” the broker declares.

The contrast is way too big right now, he believes.

“Denmark needs to reduce their price significantly, or Spain must go up. It is a joke,” Per Mønsted says.

Hikes in the interest rate can slow down the development

Mikkel Høegh, a property economist at Jyske Bank, explains that Spain took a hard hit during the financial crisis.

“The statistics show that the numbers are slowly getting back to normal. But despite the economic recovery, Spain is challenged by the big youth unemployment,” he says.

It gives them less opportunity to enter the property market. Moreover, it is an issue that the population is getting older in the southern European countries.

“With the current increase in property prices, it will take some years before we are back at the level before the financial crisis. Maybe that is a good thing, as the Spanish housing market was on fire up to the financial crisis. However, interest rates are increasing, and therefore we must expect that they will bend a bit – simply because it will be more expensive to finance oneself,” he says.

The development of property prices in Denmark and Spain 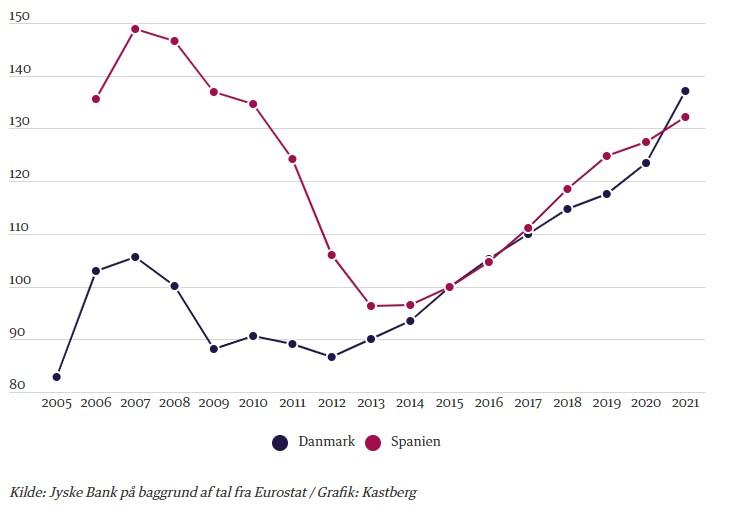