The Marbella-based master chef, who has been awarded a full three Michelin stars, has now opened BiBo Beach House Tarifa. The BiBo concept is also available in Marbella, Madrid, and Doha, Qatar. The concept itself is dynamic and relaxed with a touch of Andalusia and notes from different parts of the world. The restaurant’s menu is the essence of Michelin-starred chef Dani Garcías’ travels inside and outside Spain and shows a global cuisine that is firmly rooted in the chef’s Spanish roots.

Of course, there are many kinds of fish on the map, where especially freshly caught tuna enjoys special attention. However, it is also possible to put your teeth in a juicy burger. All dishes are of course deliciously presented with an edge, as you know it from a real fusion cuisine. The most peculiar thing about this exclusive restaurant is probably the location, which is located in the middle of a famous kite spot, which is frequently visited by the many, many kitesurfers from all over the world who have made Tarifa their very own. Precisely this also helps to instill a relaxed atmosphere in the restaurant, which serves high street quality food. 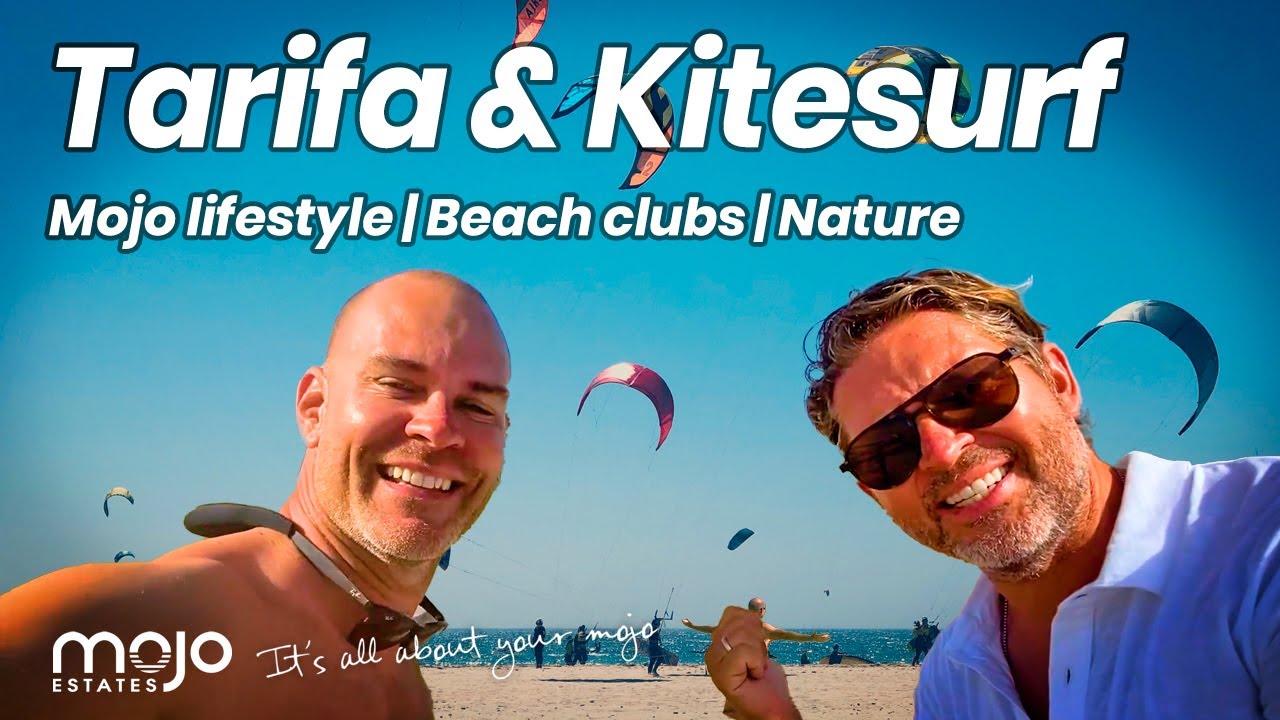 Coming from Málaga, pass Tarifa and drive towards Valdevaqueros, the beach on which BiBo Beach House is located. It is an enormously wide beach, where the sky most days is full of kitesurfer kites, forming an ever-changing pattern over the waves.
Tarifa has a significant amount of coolness about it – this is where surfer boys and girls ride the waves all day and get loose with sun-bleached hair and tanned skin at the beach bars when the sun goes down. For the same reason, Tarifa has a huge amount of surfing schools that can teach you all kinds of surfing.

It is also a good area to spot dolphins and whales in. If you need a dolphin and whale guarantee, on your boat trip, you need to sail from the area around Tarifa. It is also not uncommon for surfers to share a playground with the dolphins in the early morning hours. However, you do not have to be an expert on a surfboard to get this experience – you can splash from there on a stand-up paddleboard and enjoy a beautiful sunrise with the chance to spot dolphins around you.

The area on the way to Tarifa from Málaga includes popular residential areas such as Línea de la Concepción and Los Barrios. Housing prices in these areas are significantly lower than, for example, the stretch from Marbella to Málaga. You get a huge amount of housing for the money here, and the area west of Marbella is generally suitable for families who love nature, who want to live secluded from tourism and who do not mind that there is a little further to the airport on this page.

The city of Tarifa itself is a small core of small, winding streets whose shops are marked by the preferences of visitors. There are eco-shops, vegan-friendly cafes and shops with sustainable clothing and footwear. Handmade jewelery and other delicacies are sold to passers-by from small stalls, and as darkness descends the street musicians emerge and cast a veil of good mood over the buzzing little town. In short, Tarifa is extremely romantic and easy to make ‘its own’.

Tarifa simply has ‘Bali vibes’. When you stroll along the huge white and wide beaches to end up at a beach bar, where guests’ surfboards line up in front of the entrance, you can forget for a moment that you are in Europe. However, it is also only fair that it can still be called Europe because on the other side of the Strait of Gibraltar lies Africa, and the Atlas Mountains in Morocco, which can be glimpsed with the naked eye from the water’s edge.