Per Moensted – ¨Keys to success¨

Few can make their own success. Even fewer can make multiple. But Per Mønsted is one of the few. After several great successes, the Danish entrepreneur has now settled on the Costa del Sol. He went to gear down, make more time for his family and enjoy the good life. But it didn’t last long: now he wants to revolutionise the property market.

Entrepreneurs often have to go the distance to succeed. But for Per Mønsted, the road has been extra long. His journey started when he was only 7 years old, when he chose to pack up his things and leave his home. He didn’t do it for fun. He did it to create a life for himself.

”There is a lack of willingness to risk anything in our society. There are far too many cowards.” 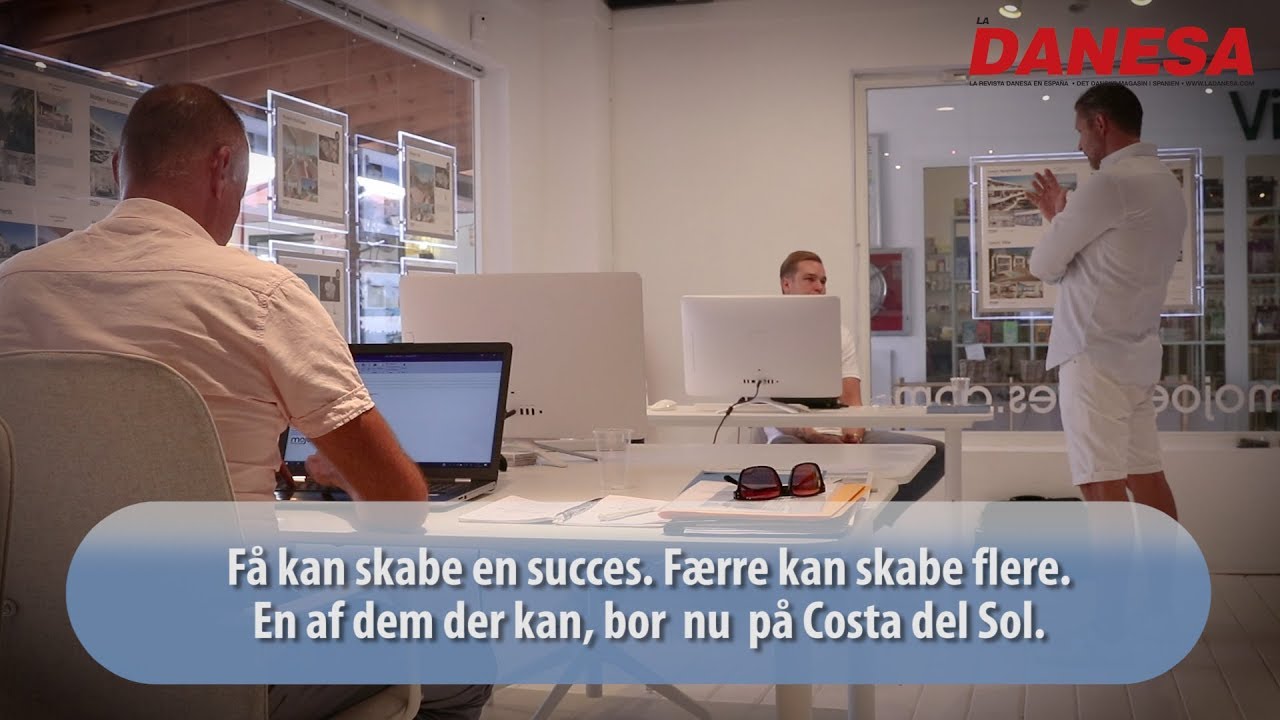 Dandelions can grow anywhere; they can even grow out of asphalt. This analogy fits Per Mønsted’s story. He knew the road and hiked three miles to his grandparents’ home outside the city. He rang the doorbell and asked if he could live there. “My mother was only 17 when I came into this world, and I’ve never seen my father. When I was seven, I smoked cigarettes and stole things at the local grocery store. My mother couldn’t take care of me at all. Luckily, I was aware of how bad things were. And luckily my grandparents took me in,” Per Mønsted says. The dandelion started growing – even in school. “Unlike many other entrepreneurs, I am well-educated. I thought my studies were interesting, and they gave me tools that I could utilise in pursuit of my dream of becoming self-employed,” Per explains. He lived on very little money but had a great – and fun – time. Things got really interesting when studies at university revolved around stem cells. “I had a professor who was extremely interested and had tremendous knowledge of the subject.

For € 94,000, we established the company StemCare and thus Denmark’s first stem cell bank,” the Danish entrepreneur says. Per never forgets the late, lively debates and the fierce competition with Klaus Riskær-Petersen. And similarly, he will never forget how he was hailed on the front page of Jyllands-Posten when only four days later, in the same newspaper, he was criticised publicly. “It’s an exciting industry, but it’s also difficult and very emotional one. But time has shown us that we did something right. That’s why we got a purchase offer of a double-digit million number,” Per Mønsted says. We were at the end of the 2000s and the online shopping trend was increasing. So Per followed the trend. But he wondered why there wasn’t a good financing solution for buying things online.

ViaBill was the next new project for Per Mønsted. And thus, it was also a big shift in industry. “I gravitate towards trying new things. Once a business is up and running, I start to get bored and want to try something new. And if it’s in a new industry, it’s even more exciting to me,” Per explains, who this time took on an even bigger project. For two years he had 16 people employed to develop and work on the product that would offer Danes a way of financing their purchases online. For two years, he didn’t make a single penny. But then things started snowballing, and in all but 22 months, the company had 100,000 customers. “As an entrepreneur, you have to stand your ground, believe in your product and invest as much as it takes. If you don’t have the money, find an investor,” Per Mønsted says, who later sold his shares in ViaBill to the amount of a 3-digit million number – which made this one of his best business decisions of his life.

The successful businessman does not hold back on advice for new entrepreneurs. Overall, he thinks that one should think big and never follow in the footsteps of others, because then you never get ahead. Similarly, you have to be both polite and also professional that you have a plan ready to kill everyone in the room, as there is rarely room enough for everyone in the same market. “My advice is not enough. We all need a good background and, unfortunately, I do not think today’s young entrepreneurial souls are prepared well enough. Many they don’t know how to create a budget, don’t know their fixed expenses and can’t tell the difference between debit and credit. I can’t believe that we don’t teach private economics in today’s educational institutions,” Per Mønsted speaks freely from his heart – he is strongly grounded in the concept of private economics. He often notices the consumption habits in current times. “Young people today spend a lot of money on coffee and a sandwich from Starbucks or similar. In my time, we ate our packed up lunches from home and had a glass of water. This is €400 per month and 4,800 a year, vanishing into thin air. After three years, the number is €14,400, which could instead have been invested in the down payment for a small apartment or in a start-up to be self-employed.” These are some of the virtues that Per Mønsted is trying to teach his children. They must be hungry learn how to work for their goals, even if they are born with a silver spoon in their mouth. Per’s wife Mette, fully agrees.

They met a little over 20 years ago and today they have three children. The eldest just started at Herlufsholm and receives the State’s Education Aid. But ten percent goes into savings. Similarly, Per Mønsted does not hesitate to ask his youngest son about the current price of individual shares. He doesn’t do it to be tough on them, but to help them mature and teach them about personal finances. You can easily teach others in a heartfelt manner. “My family is the most important thing to me and without a doubt they are my biggest project, so to speak. Maybe I appreciate them so much, because I come from nothing,” he says openly, stressing that the family works so well thanks to his wife. “At time I have been away a lot, but fortunately Mette comes from an entrepreneurial family and understands that it is necessary to put in a lot of work in to be successful. If this weren’t the case, things would be very different for me,” the Danish entrepreneur says, who can no longer keep his hands off the Spanish property market.

”Unfortunately, today’s young people have not been prepared properly. Many can’t even create a budget for themselves.”

Wants to revolutionise the property market

When the family went to make their Spanish dream a reality, they didn’t know where to begin. Per Mønsted did not receive the info and guidance from the estate agents that he expected, and he found the instructions from lawyers and accountants to be very ambiguous. “Here, a broker earns five percent on a transaction. This is well over twice what is earned from a transaction in Denmark. It’s completely crooked,” Per says, announcing that his new initiative, Mojo Estates, will be up to speed in six months’ time.

“We’ve spent a lot of time with the banks to figure out how they think and calculate loans. Similarly, we try to convince them to accept the concept of pre-loan approval, so that both we and our buyers can get an accurate overview of the purchase budget. Too much time and too many transactions don’t go through because there is a lack of clarity about the budget,” Per Mønsted says, who has teamed up with Jacob Johansen, an experienced businessman in the industry.

Mojo Estates is also Mojo Rental. “80 percent of today’s buyers are buying a holiday home. This has great potential for rental opportunities, and we help the buyer make the most of this. This way, they get a good deal and the market’s lowest sales commission, 30 percent cheaper than others. We need to be better, cheaper and a few steps ahead of the others. That’s the way it has to be,” the new broker, who has invested heavily in his latest project, says. “I have noticed that many short-term investors have had the Costa del Sol in their sights over the years, but we are investing, thinking long-term and have a different concept that will also be solid the day the market turns,” is Per Mønsted’s last words after a good and long talk. He invited us inside the family’s new house in Benalmádena. You don’t have to have talent or great imagination to see that there’s been lots of money and time invested in the family’s new home. Everything is new and designed in clean lines, with lots of floor-to-ceiling windows and a view over the Mediterranean Sea.

From here, the now 48-year-old Per Mønsted ponders a lot about life. Only he knows whether he thinks ahead or is looking back. But it’s probably both. Because he mentions that his last project will one day be a project for children. It will be a different and sustainable project, which will support children and young people. The vision is clear. So are the memories of the past. Per Mønsted is the story of the dandelion child who found the keys to success.

”It is healthy to change industry direction. For me, it’s a must. Otherwise I’ll get bored.”